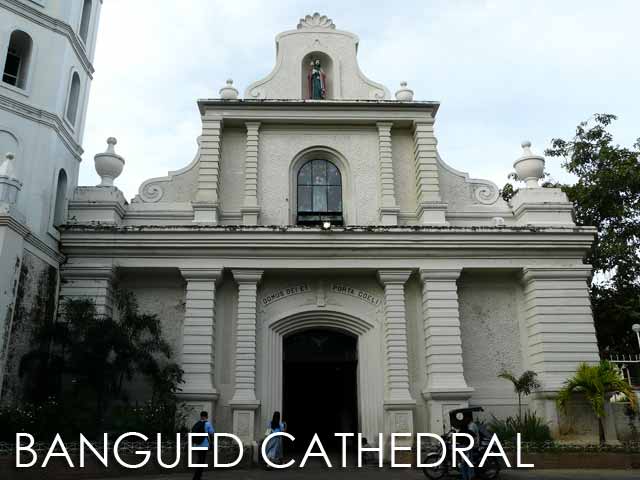 The Provincial Governor, Don Virgilio Valera, always wore a white suit, white shoes and white PANAMA or straw hat from Panama.  He also wore white hair as there was no dying of hair then.  The same is also true with the Presidente (Mayor) Don Bienvenido Valera who was of Spanish ancestry, hence, had white skin like Don Virgilio.  Don Quinten Paredes, the Congressman of Abra also wore all white clothes and was also white-skinned like the Valeras.  They were taller than the ordinary Abranian and heavier in size.  People adored and admired them.

The Police Chief wore khaki uniform with leggings and brass buttons like a P.C. officer.  At that time he was my Tiong (Uncle) Binnong Benedito.  He looked dignified and imposing.  He had his own car.  At night he blew his whistle at a certain hour and I heard whistles responding all around the town to show that his policemen were not sleeping.  They were posted in the corner streets or strategic places patrolling the town.

The Justice of the Peace, Judge Rivas, was a thin person from another province who also loved to wear white suits and shoes and played tennis.  When I sold my bicycle, I bought his tennis racket.  I used to shine his shoes and the shoes of other members of his family in their house.  He paid me very well.

The Provincial Fiscal, Fiscal Tomeldan, was a very short fat man who also played tennis.  He was the father of my tennis partner in PMA, Captain Santiago Tomeldan.  He was a very jolly person.

The Provincial Health Officer, Mr. Abecilla, enjoyed eating a lot.  He was a very fat person.  His son, Manong Gondino, who taught me chess, became a national chess champion.

The Provincial Treasurer, Mr. Chaves, lived in the house of Don Juan Valera, our neighbor across the street.  Like the other officials, he also wore a white suit, white shoes, white necktie and used a white handkerchief.  He used to arrive wet with sweat every afternoon after playing tennis in long white pants and white shirt and white rubber shoes.  He had two sons, Johnny and Willie, of my age.  Willie became a Captain like me and was also a radio announcer with his baritone voice.  They had a green Dodge car that was kept well polished.  Mr. Chaves was tall and lanky.  His wife was beautiful.

I guess the reason the officials wore white attire is because of the Americans in the government service who wore all-white apparel and became the models.  And so, even the High School teachers like Mr. Silverio Gutierrez and Mr. Honesto Brinyas were all in white.

High school students used a uniform of white shirts and khaki pants for boys and white blouse and khaki skirts for girls during my days in the early Thirties when I was 1st year and 2nd year in the Abra High School.

In my 3rd year in High School I left Bangued and studied in Bayombong, Nueva Vizcaya.  It was there where I changed my name from Patrocinio to Jose.  I returned to Bangued with a new name in 1934 and graduated as an Honor Student in 1935 from the Colegio del Sagrado Corazon High School of the Catholic Church.

After my graduation I left Bangued for Kiangan, Ifugao, Mountain Province where I worked as a Public Works Laborer and later on enlisted as a Private in the P.C. there.  I visited Bangued when I became a Corporal, P.C. in 1937 during Holy Week.  That was the last time I saw my birthplace before World War II.  When I visited Bangued in 1945 I saw how badly devastated my home town was.

When I went up the Casamata Hill I could see the Abra River in Calaba across the barren town.  Only a few structures like the church tower and municipal buildings did not get leveled to the ground.  Not a single tall tree was left standing that I could see.  It was caused by the carpet bombing by American planes during the Liberation of the Philippines from Japanese occupation.

When I was assigned as Instructor in the PMA in Baguio City in 1957 I had several chances to visit Bangued.  Caimito trees took the place of the tamarind (salomagi), “sanguelas,” and “kamantiris” in our neighborhood.  The roads were gradually paved with asphalt.  Houses made of wood replaced the once bamboo and silag walls.  More GI roofing glistened from house tops when I went up the Victoria Park in 1970.  Bangued had been transformed.

The Victoria Park is one of the most significant improvements in Bangued.  I used to run up to the Casamata Hill with Felix Brilantes very early every morning and take a bath with the cool overflow of the tank which is now the swimming pool.  When I was there the last time in 1970, I drove up the hill to take a dip in the swimming pool recalling my childhood days as I floated on the cool clear water from Borabor Stream.  Then I watched the sun rise from the east with all its beauty and splendor as I used to do in my younger days when life was in its rising stage.

The heavy rains flooded the rice paddies where we … END_OF_DOCUMENT_TOKEN_TO_BE_REPLACED

In the month of May when the rains started … END_OF_DOCUMENT_TOKEN_TO_BE_REPLACED