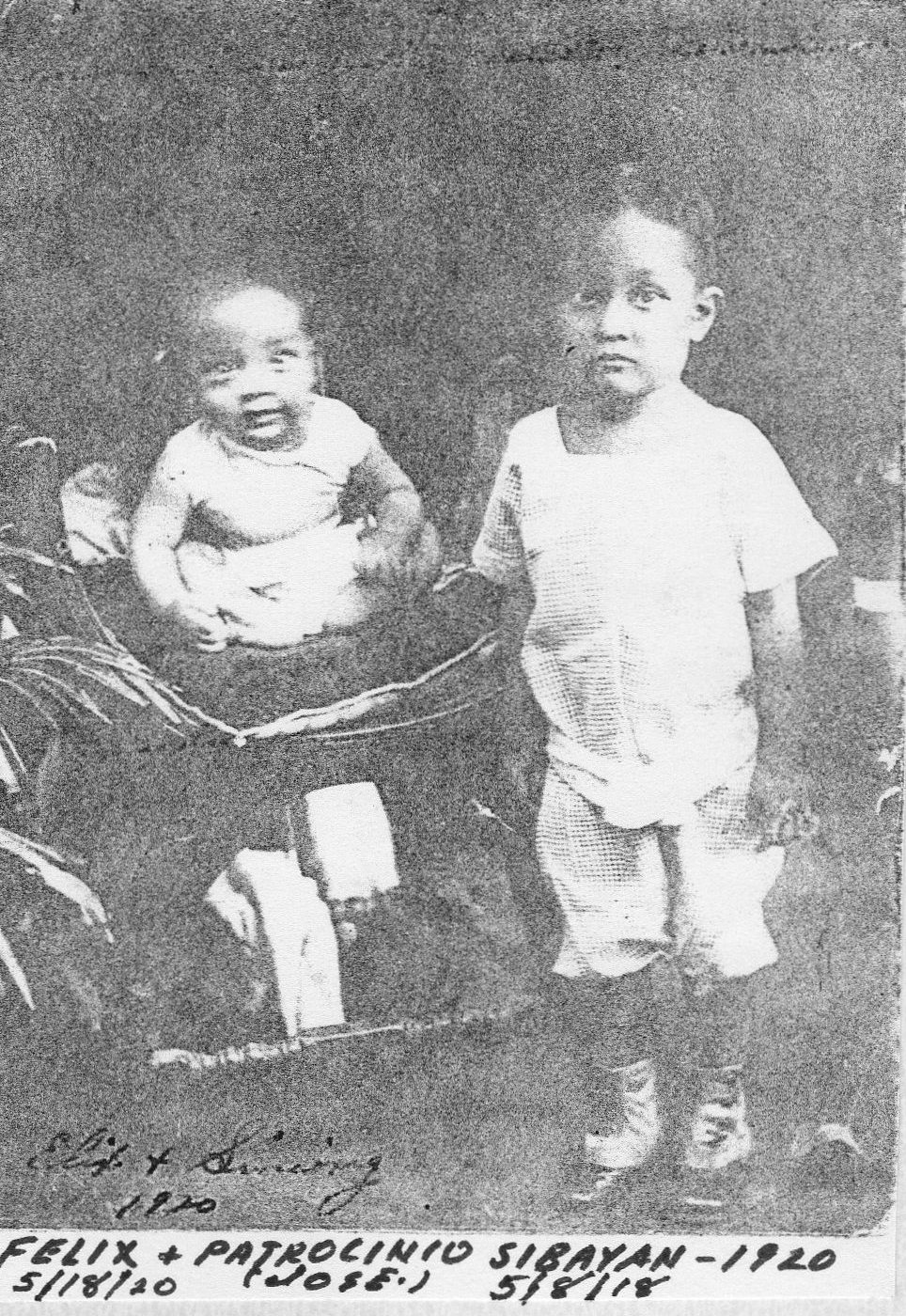 As small kids, we did not have toys to play with.  Hence, we made our toys from clay, the mud we dug from the street.  We made figurines of persons, animals, birds, fish, houses, and furniture.

With the use of sticks, leaves, fibers, and stones we molded stoves, pots, pans, and cakes in our game called LOTOLOTO (Cooking, Cooking).

One day I recall Aning, Pat’s older sister, molded clay into a basin but it needed some water to put the dirt together.  She called upon a boy our age to urinate in it, which he did.  His name is Pedro Benediti (Illo).  Since then we called Aning “ponteria ni Illo.”  (Pedro’s point).

Sardine cans became our sled that we dragged with a piece of string.  We loaded them with stones and raced with them on the streets of dirt and stones.

We fashioned marbles out of adobe stone or lime stone.  Our money consisted of broken plates that we made round by pounding it with stone, then rubbing its rough edges to make it like silver pesos or smaller coins.

Rubber bands became precious commodities for gambling.  We drew a round circle on the ground, then placed our bet inside it.  At a distance we used our extra rubber bands to move the bets outside of the circle after determining what the succession of players will be by firing our “bats” nearest or almost to a line at a distance.

Instead of rubber bands, we used other items for gambling, such as washers, “logo” (seeds of fruits), “bittuog,” broken china (round), “gibak” or pennies.  At an early age the kids of Bangued learned how to gamble.

On Holy Week we used eggs to gamble with by slightly hitting the tops and the one that breaks is the loser.  One Holy Week our relatives from Vigan came to visit us by surprise.  I won so many eggs that day, which Mother prepared for their food.

Another form of gambling we played was using sticks that can be used for fuel as our betting item.

We gathered branches of trees called “dangla” from the Casamata Hill and cut them to about 18 inches long.  We piled our bats together and from a distance the sticks on which our “Boto” will lie across will be the sticks won.  A line is drawn at a distance and we throw our Boto towards it.  The nearest Boto (another stick of same length) to the line or that touches the line determines who throws first.

Sometimes we went home with arms full of sticks to fuel our kitchen stove.

The heavy rains flooded the rice paddies where we … END_OF_DOCUMENT_TOKEN_TO_BE_REPLACED

In the month of May when the rains started … END_OF_DOCUMENT_TOKEN_TO_BE_REPLACED