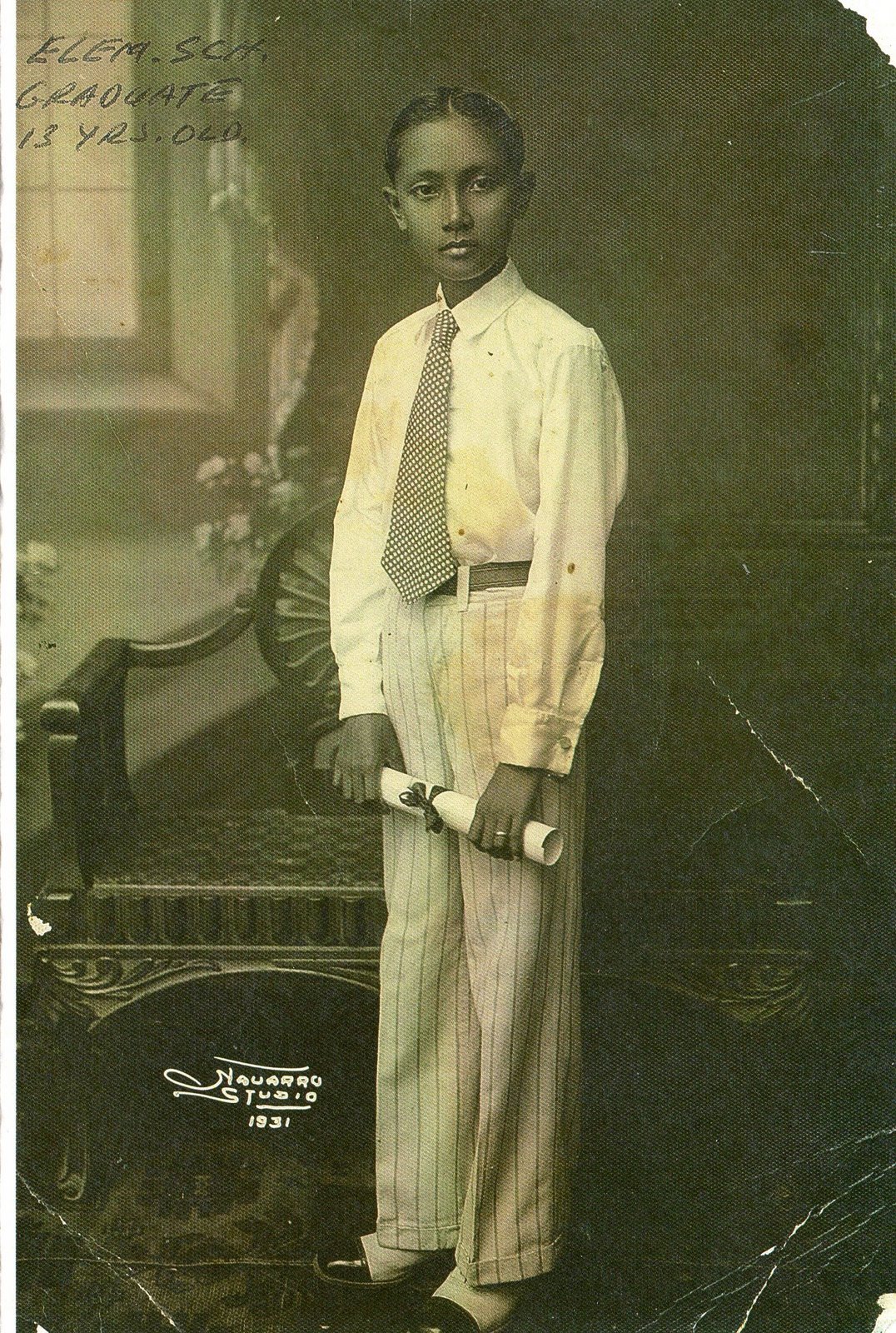 One time I climbed the mansanita tree of Tata Benid, our neighbor, while Nita, his young daughter, was up there, and I kissed her!

Nita was the only girl in Bangued I courted and wrote love letters, which I placed inside her geometry book after solving her homework when she was second year and I was fourth year high school.  Juanita Valera is her full name.

We had an understanding that I would pick up her book in their pharmacy whenever I went there to read the newspaper and then return the book to its place after I had solved her homework problems.

She never replied to my letters, nor did we have a chance to be alone together before I left Bangued in 1935.

The only time I met her again was when we took the Bar Exams in 1949.  She said that the exam was easy but I said it was hard.

She failed, I passed.

The last time I saw her was when she came to Camp Crame to borrow money from me.  I was then a Captain and a Lawyer.  She was then a married woman.  She went directly to my office.

She did not know I courted Nita long ago.

Nita, Pesing, Amanda, and Geling were four legitimate daughters of Tata Benid (Don Benido), former Presidente or Mayor of Bangued and ex-Provincial Governor of Abra.  Their mother, Nana Paneing, was a very close friend of Mother.  Our little house was east of their brick house.  A bamboo fence separated our properties.

One day Elix and I, when we were about 5 and 6 years old, went to play with the girls, who were about our age, in their front yard.

Maybe we were noisy or whatnot, but all of a sudden their father came down and drove us away with a very loud voice, shouting:  “POMANAO KAYO DITOY!”  (“Get out of here!”) – And he chased us out.  After that I never went inside their yard again with my brother.

They had several maids keeping them always clean and immaculately dressed like little Princesses or dolls.  We were poor and dirty.

I was attracted to them because they were light-complexioned or mestizas (hybrid of Spanish and Filipino blood).  Tota Benid was Mestizo.

Nita was not very beautiful but in Abra where light-complexioned people are rare, Nita being a mestizo was attractive.

The fact that they were rich, owning large tracts of lands and a pharmacy and a bus plying between Bangued and Vigan made them feel proud and look down upon us poor neighbors of theirs.

They shared with us the leftover tomato fruits of their farm, consisting of worm-eaten, partly green and badly shaped fruits fit for the pigs.  We shared with them “lechon” of fish cooked by Mother, the BEST.

The heavy rains flooded the rice paddies where we … END_OF_DOCUMENT_TOKEN_TO_BE_REPLACED

In the month of May when the rains started … END_OF_DOCUMENT_TOKEN_TO_BE_REPLACED