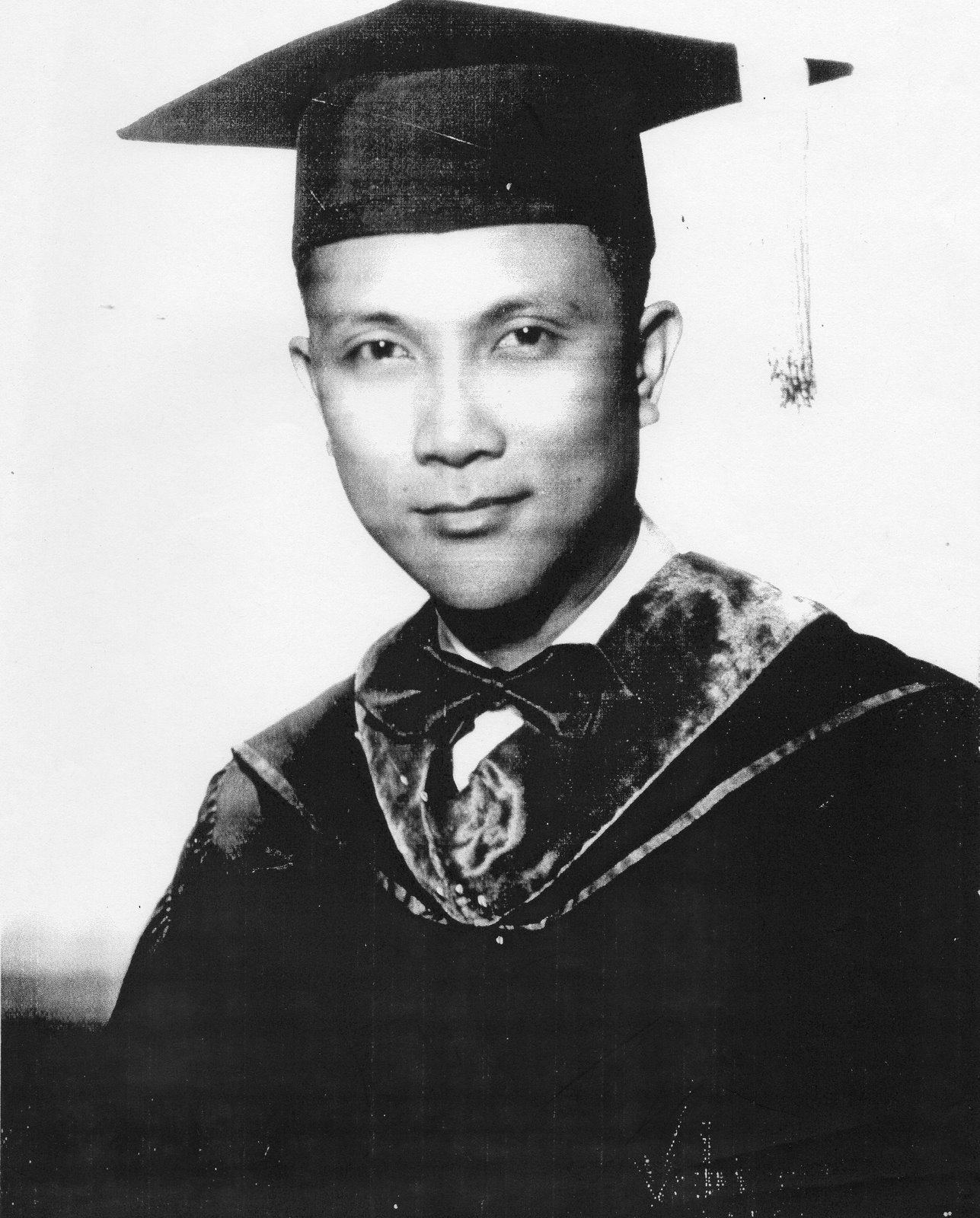 As soon as I got settled in Manila, I did not waste much time before going back to school.  With my little savings, I enrolled in the Phil. School of Business in Santa Cruz, Manila, near the Santa Cruz Bridge.

After office hours in the afternoon I biked from Binondo to Santa Cruz for my evening classes from 6:00 to 9:00 in Typing, Stenography, and Bookkeeping.

My teacher was very inspiring, as she was young, light in complexion and very pretty.  She was the teacher of stenography and typewriting.  Her sister was a lady dentist, Ms. Fabi, who had her clinic in Binondo near the boarding house where I transferred from Mg. Loling’s apartment after I was hospitalized for one month with malaria.

The Army had no hospital then and so I was confined in a small clinic in Sampoloc, where children were given treatment.

Being new in Manila where Tagalog is the dialect, I was being taught by a lady nurse, Miss Megdeta, who had a liking for me.  After her duty hours she would come and converse with me in Tagalog and we had fun together.

I had a liking for her, too.  She was still young, very cute, and very friendly.  It made my stay in the hospital quite lively with her by my bedside every day.

After my discharge I lost contact with her and instead started visiting my former classmates and friends in Bayombong who were the friends of Mg. Maming.

Miguela Faralang (Elay) and Edithe Crisolozo (Edith) were both enrolled in the PGH where Mg. Trining was studying.  I got invited to their excursions.

Sustinco Lorenzane (Tomie) was enrolled in the Mary Chiles Hospital near Binondo in Tondo.  I visited her more often and attended their parties, such as Halloween and Christmas parties, etc.

Olive Ines (Olive) was enrolled in St. Claires Hospital, where only those whose names appeared in their guest book could visit her.

I was attracted by their white uniform because I was also in uniform as a soldier.

One day a very beautiful lady from Moncada, Tarles came to get a letter of recommendation from Gen. Paulino Santos, who was also from Moncada.  I fell in love with her at first sight!  Her name was Martha Adawag.

I brought the signed letter of recommendation to her house in Santa Cruz, near Mopua Collage, and then started visiting her.  She entertained me very well and just looking at her dreamy eyes and beautiful lips made me dream of her often!

The heavy rains flooded the rice paddies where we … END_OF_DOCUMENT_TOKEN_TO_BE_REPLACED

In the month of May when the rains started … END_OF_DOCUMENT_TOKEN_TO_BE_REPLACED