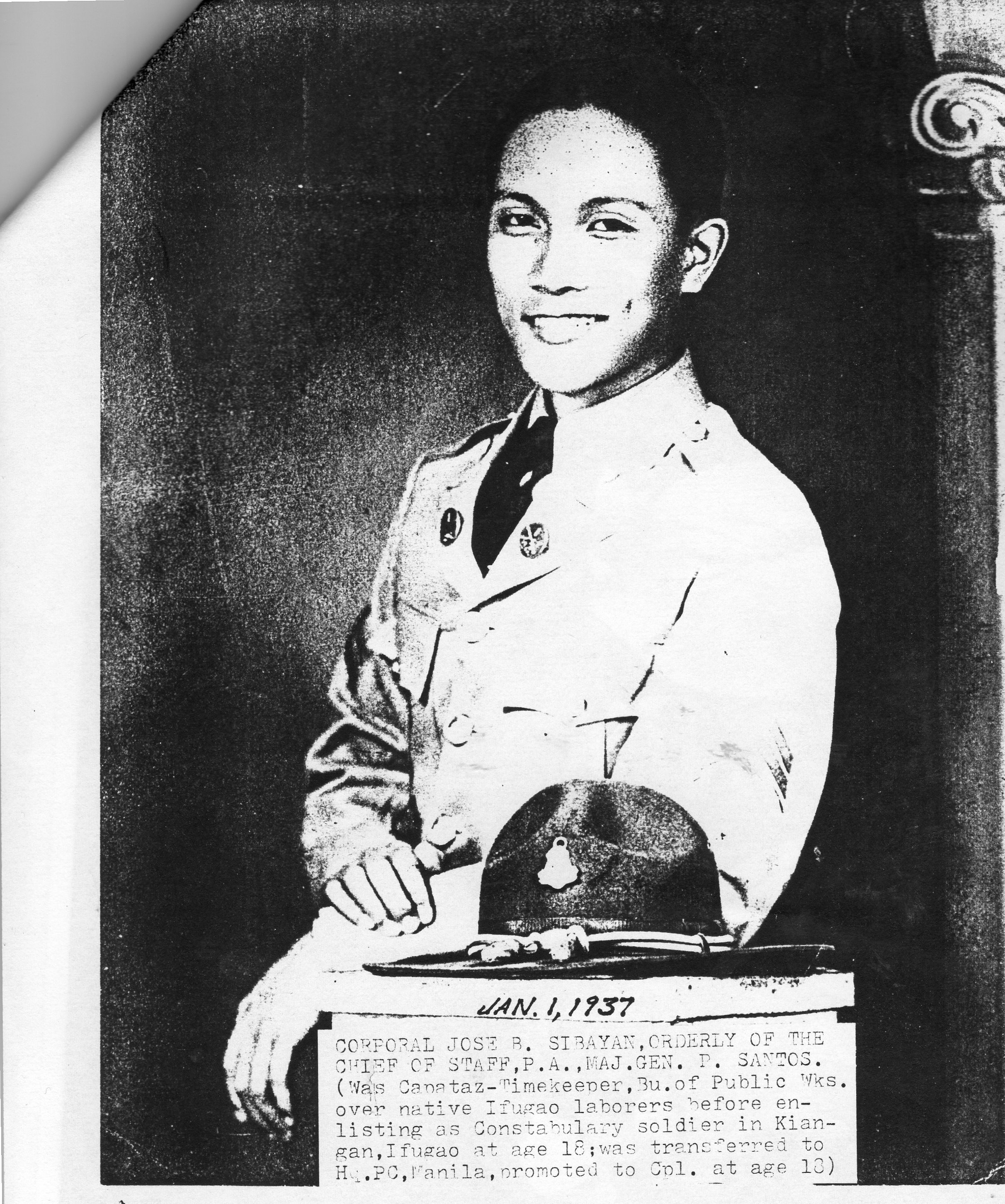 Pat’s mother and older sister, Aning, with her two children, Rudy and Ruth, spent their weekend with us from their apartment in Rizal Avenue, Manila.

I left them for my work on Monday morning, December 8, 1941, not knowing that Pearl Harbor had been attacked by the Japs.

Upon arrival in the Army Headquarters, the news about the surprise Jap attack surprised all of us, and so I went to the PX, bought a sack of rice, sugar, salt, and lots of canned foods, took them by bus to Kamuning and confirmed the war news to Pat and her family.

While with them, the air-raid alarm sounded and planes appeared overhead.

I saw and heard Pat’s mother telling her daughters in a shaking, trembling voice not to fear.

There being no air-raid shelter, I started digging a dugout under our house.  It was solid rock and so I had to chip bit by bit until we could squeeze inside, because our chalet house was built very low, with only four steps on the stairway.

It was getting harder to go home from Manila to Q.C., as all buses and jeeps were scarce and the few were fully loaded.

Captain Jose B. Reyes, Sr., General Staff, and I were the only two military personnel in the office.  It was red alert and nobody could go outside of the Headquarters.

Baguio was bombed.  Clark Air Base was bombed.  Sangley Point was bombed.  And I actually saw a bomb dropped on the front of the Walled City, but it did not explode.

I could see the U.S. Army Anti-Aircraft guns in the sunken gardens firing but the shells were exploding ‘way below the Jap planes that were between 18,000 and 20,000 feet overhead.

After bombing Sangley Point, the Jap planes strafed Manila.  Machine guns were mounted on top of our Headquarters but they were ineffective against the strafing from flying Zero Jap planes.

Anticipating the next plane target would be the Headquarters Philippine Army, we evacuated to the Far Eastern University building in Espeña Street, Manila.  That was closer to Q.C. and I was able to ride a bus now and then to see Pat at night time.

Then came Christmas, the date that was set for our evacuation to Bataan.  Before that date, Pat and I went shopping in Manila.  People were on a pre-Christmas shopping spree such that the sidewalks were spilling with pedestrians.

Pat and I walked hastily to the bus station for a ride, but all vehicles were loaded up to the top, and some people were clinging on the sides!  It was very hard for Pat to squeeze in with her bulging 6-months-old stomach but somehow we made it for the last trip.  Praise the Lord!

There were American planes but the air-raid alarm was sounded.

Instead of Christmas carols, the radio was blaring with martial music, making the war jitters more intense.  We hardly slept that night, planning what to do after I left for Bataan.  I promised Pat that I would come back for her as soon as I found a lodging place and got settled in our new Headquarters, not being aware of the fact that we were headed for the jungles of Bataan, where there were no homes, but forest trees!

In the city not a single flicker of light was noticed.  There was “total blackout” despite the fact ht it was Christmas Eve.  That was the darkest night during Christmas in my life.  It also started the Darkest part of Philippine history.

One evening before my departure, I arrived in Kamuning without any light.  All the newly built Project homes were alike, like “cats that look alike in the dark.”

I entered the house and groped my way to the bedroom.  Then I was surprised to hear the voice of my neighbor’s wife saying, NAIMBAGMAN TA IMMAYYA!  (How nice of you to come.)  It was S/Sgt. Juan Aquisa’s wife that was inside the mosquito net.  I was surprised!

Without any word, I retreated speedily and then told the story to Pat.  That was the first time we started laughing!  I found out later that Pat told Mg. Isid that it was I who groped into her bed.  She was very much relieved after that.  She thought it was a ghost! Or someone else.

Our parting was like a movie drama, with martial music as a background, and Pat sobbing uncontrollably and not allowing me to leave her.  I assured her that I would be back for her.  We parted after intense kisses.  My face was wet with tears.

The heavy rains flooded the rice paddies where we … END_OF_DOCUMENT_TOKEN_TO_BE_REPLACED

In the month of May when the rains started … END_OF_DOCUMENT_TOKEN_TO_BE_REPLACED