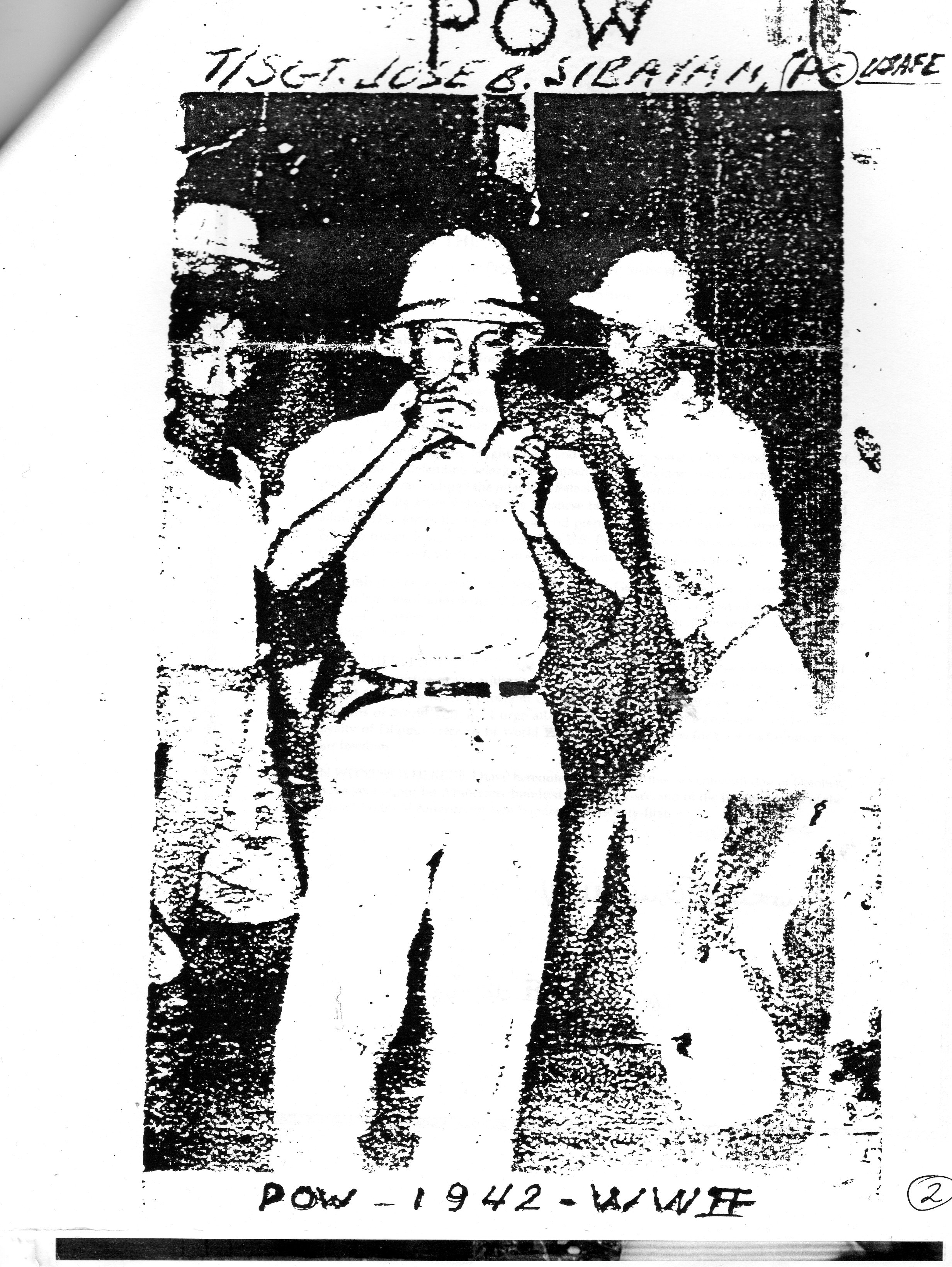 The first release of sick POWs in June, 1942, was made when I was already sick with malaria, beriberi, and anemia.  Being the Adm. Clerk of our Group under Lt. Col. Simeon Valdes, I could have listed myself in the first release but I did not know that the list of sick POWs that the Japanese requested from us was going to be the basis of POW release.

I thought that they were going to release those who could walk rather than those who were sick and weak.  Hence, I did not list my name as sick.  I cheated myself from an early release.  How I regretted it!  (“It is a sin to tell a lie!”)

When another list of sick POWs was requested, I included my name in it, stating my wife’s name as my closest relative and her address.

It is good that I got the letter of Pat and I knew that they were in Manila and no longer living in Kamuning, Quezon City, where I left her on December 25, 1941.

I wanted very much to bring with me the extra large raincoat I used in the death march against the rain and as my blanket in the C.C., and so I placed it inside my khaki shirt and pants instead of putting on my underwear.  I placed all my earthly belongings in a bag which I carried across my shoulder.  I left the chess set and wooden “bahia” behind.  It was August 4, 1942.

We were transported by cargo trucks outside from the C.C. to the railroad station, where our guarantors waited for us.  There I saw wives, mothers, brothers, and sisters eagerly waiting for us.  I was not able to pick out Pat right away, but she saw me first.  We waved at each other.  She started wiping away her tears.  Tears of JOY!

Our guarantors escorted us to the waiting railroad boxcars, which were shut closed after we got in.  Pat and I hastily clung to each other and praised the Lord!

I had to undress inside the boxcar to remove the raincoat.  I was drenched with sweat!  At the Manila railroad station we were given coffee.  A press photographer got our pictures.

The heavy rains flooded the rice paddies where we … END_OF_DOCUMENT_TOKEN_TO_BE_REPLACED

In the month of May when the rains started … END_OF_DOCUMENT_TOKEN_TO_BE_REPLACED