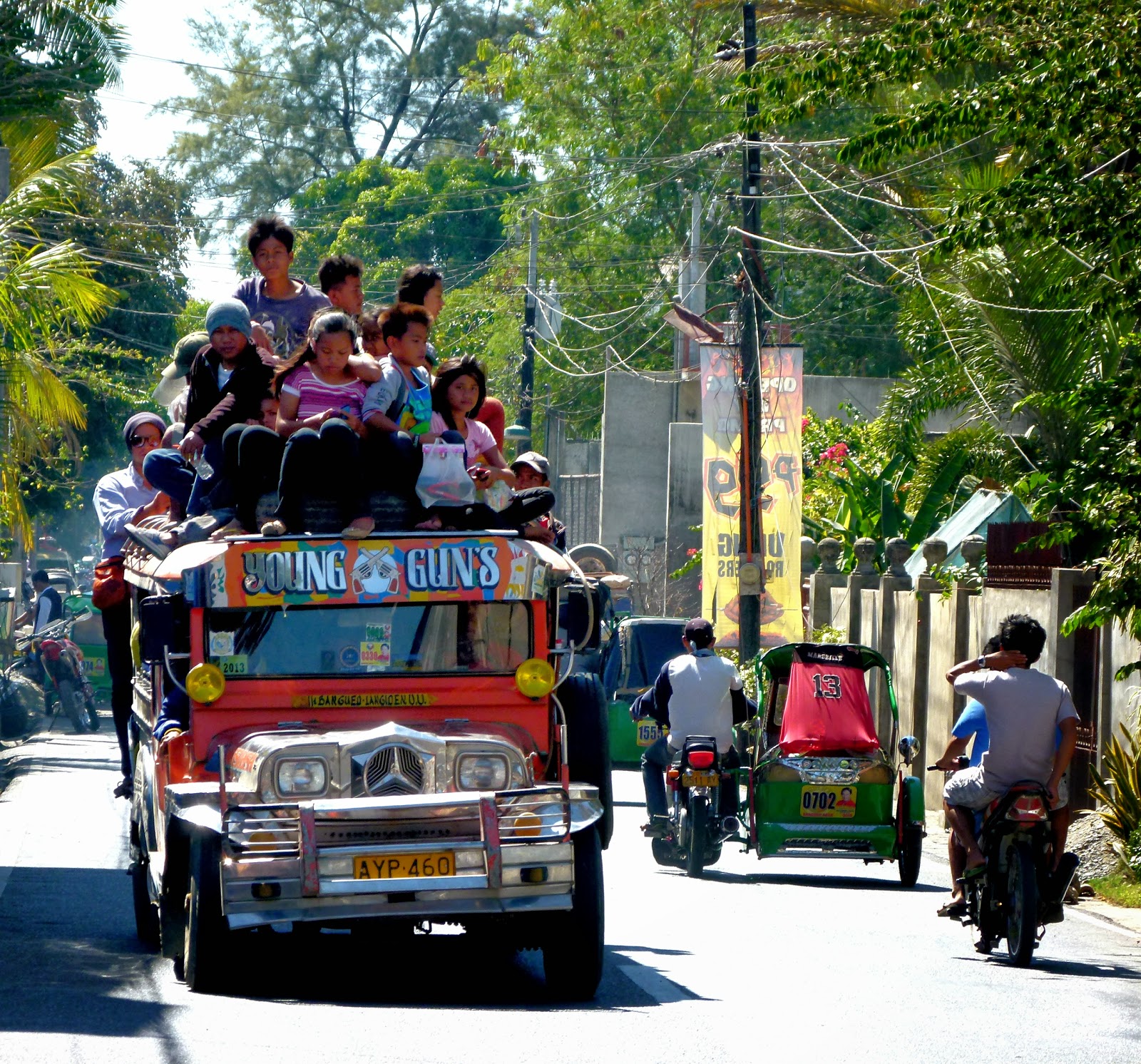 With the construction of the TANGADAN road linking Abra and Ilocos Sur, buses started plying between Bangued and Vigan.

The first buses were the SANTIAGO SAMBRANO of Vigan, the VALERA TRANSPORTATION, the BENEDITO BUS, the bus owned by one from SINAPANGAN called Moriana Favorite, all competing against each other for passengers.

Buses were parked in front of the church and had no scheduled time of departure.  As soon as one was loaded, it left the place.

Drivers and conductors fought for passengers, grabbing their luggage and dragging them to their respective buses.

The buses were made of wood, with sides and top made of G.I. sheets.  The seats were made of benches of wood, and passengers were seated close to each other, packed like sardines.

Luggage and packages were placed on top of the bus if they couldn’t be cradled by the owner while seated inside.

Uncivilized people from the provinces came down from the mountains to try to ride a bus for the first time.  We could see them giggling and yelling as they were carried around the plaza.

On the road the buses would out-race each other as the passengers cheered their driver to drive faster, so that the bus ahead and its passengers would not “eat” the dust.

When the bus reached the point of the way called TAÑGAPAN, everybody went down to push the bus because the road was so steep.  Now that road is bypassed by a tunnel.

Upon arrival at the place where water is flowing from the mountains, all the buses stopped to replace the water drained from their radiators and for the passengers to eat their “balon.”

Now with paved roads and cement roads, this place is no longer the stopping place of all buses coming from Bangued and from Vigan.  The travel time by road has been cut in half, just as travel time by bamboo raft was cut in half.

The heavy rains flooded the rice paddies where we … END_OF_DOCUMENT_TOKEN_TO_BE_REPLACED

In the month of May when the rains started … END_OF_DOCUMENT_TOKEN_TO_BE_REPLACED